Looking to attract top developers from Node.js at competitive prices? Get dedicated Node.js developers on an hourly or full time (dedicated monthly) basis with years of experience to produce interactive, feature-rich, and safe web applications.

Our offshore Node JS developers build easy and complicated Node.js enterprise-grade apps for small, mid-large enterprises and save the cost of growth.

So are you planning on using NodeJs to outsource online services? Or would you like to recruit a squad of developers from NodeJs? For a free consultation, get in touch with IndaPoint.

Node.js allows developers to use JavaScript to write command-line tools and run server-side scripts to generate dynamic web page content before the page is sent to the user’s web browser for server-side scripting. As a result, Node.js represents a “JavaScript everywhere” paradigm, unifying web applications’ development around a single programming language rather than a different server- and client-side script languages.

Node.js is designed to build scalable network applications as an asynchronous JavaScript event-driven runtime. The callback is executed on each connection, but Node.js will sleep if there is no work to be done. Node.js is similar in design to systems like Ruby’s EventMachine and Python’s Twisted and is influenced by them. The event model is taken a bit further by Node.js. Instead of a library, it presents an event loop as a runtime construct. There is always a blocking call to start the event-loop in other systems. Typically, the behavior is defined at the beginning of a script by callbacks, and a server is created at the end by a blocking call such as EventMachine:: run( ).

HTTP, with streaming and low latency in mind, is a first-class citizen in Node.js. This makes Node.js suitable for a web library or framework foundation.

Designing Node.js without threads does not mean that multiple cores in your environment can not be taken advantage of. By using our child process .fork) (API, child processes can be spawned and are designed to be easy to communicate with. The cluster module, which allows you to share sockets between processes to enable load balancing over your cores, is built on that same interface.

Our Services with Node.js

We also offer API development service to build highly secure, scalable, and robust web applications as per your requirements.

We have a dedicated Node.js Development team with years of experience in developing Node.js applications for global clients.

Developing a web application without proper knowledge and skills is quite a challenge for every node.js application developer. One needs to be skilled and professional to make it happen.

Likewise, IndaPoint is a place that invests in such capable brains to work for their clients. IndaPoint is a pioneer of a well-learned team of developers with strategic planning, investment, and expert knowledge.

At IndaPoint have a team of highly skilled node.js web application developers, which work to provide optimal support and proper guidance in developing web and mobile application.

So, let our experts take charge. All you have to do is appoint our team of expert Node.js application developers to build web applications that deliver a high user experience and more dynamic features for you.

Expert Node Js developer for hire in simple steps to start your project.

Consult With Our Experts

Engagement models to reduce costs by hiring remote Node Js developers and at the same time provides an unparalleled level of control.

Why Choose us for Node.js Web Application Development Service?

Our Node.js Development Service in India and the USA offer development of web applications using node.js at an affordable cost to provide the best user experience.

For the customers looking for quality service at an affordable price, IndaPoint is the best choice. The services provided by IndaPoint are visionary with a futuristic approach.

We have years of experience developing web applications development with Node.js Web Development Services in different sectors like Transportation, Media, Healthcare, e-commerce, and much more.

Among various Node Js providers, our Node Js developers are inspired to create awesome experiences using the key principles of SDLC. With a strong portfolio of all-around ventures and good reviews and consumer loyalty, IndaPoint is one of the best reaction js growth companies. We have different skills according to the needs of the client. We will be happy to be your Node Js development partner and we strive to build websites and applications that deliver a rich user experience and have more dynamic features. Hire our Node Js developers to empower your server-side and drive innovative business growth.

Ten things about AWS Lambda that you might not have known

For many years, the term "serverless" has become a buzzword, with several apps opting to use this approach. The word comes from the idea that the infrastructure that runs your back Top Trending Technologies to Know in 2022

Every cutting-edge technology has begun to adopt Top Trending Technologies, and a thriving worldwide community has sprung up around it, allowing code to be shared among developers We not only specialize in Web Application Development but also Mobile App Development as well. Our experience in this field is tremendous as we have worked on several projects rela In recent years, there has been a significant increase in the acceptance and use of technology in a variety of business disciplines. Businesses and clients can achieve marvels in t 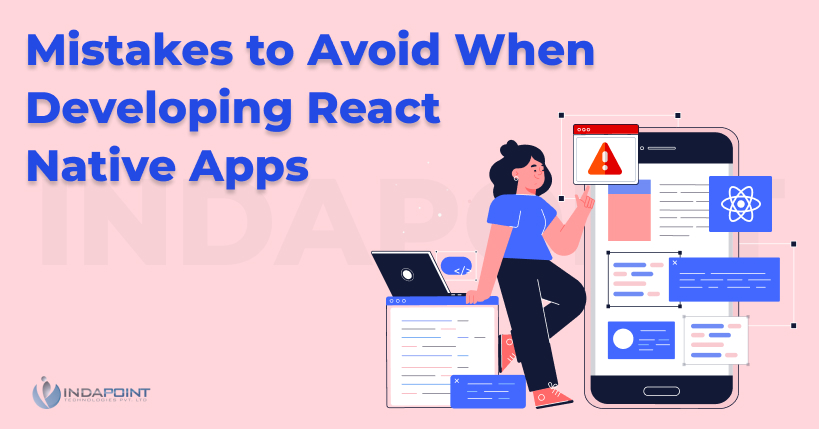 In the technological world, react native app development is one of the most popular options. For a better income funnel, many people use the React Native framework to construct a b Data visualisation is a science as well as an art form. If you work with data, one of the most difficult challenges you may face is determining the best way to shape and present yo

Why should I choose you over other node.js development companies?

Here are the reasons that make us unique over another node. Js development company in India. Having 15+ years of experience Done 500+ projects A dedicated team of Node.js development Had served global clients with 100% satisfaction

What is the strength of IndaPoint technologies?

IndaPoint Technologies is a leading Web and mobile application development company located in California, the USA, and a production studio in Baroda ( Vadodara), Gujarat, India. We are having 15+ years of experience serving professional Web Design and Mobile App development services with a 25+ team and have done over 500+ projects.

What is the purpose of Node.js in business?

Node.js is a platform that helps in developing fast and scalable network applications.

What are the features of Node.js?

Node.js’ features of Node.js is that it supports robust developing websites, the Node.js technology is fast and efficient in code execution.

How to hire a cost-effective Node.js application development team?

If you are looking to hire the Node.js application development team, then IndaPoint Technologies can be the perfect option having 15+ years of experience in delivering 500+ projects to clients.

How much will my Node.js project cost?

The cost of the Node.js project depends on the features, project size, developers, project managers, and the final testers.

Once my Node.js development project is completed, what after-sales service you will offer?

We are always with you even after the final delivery and Sign off. We provide a full six-month warranty, and we also offer free updates to your application after sign off.