Express.js vs Nest.js (All you need to know) 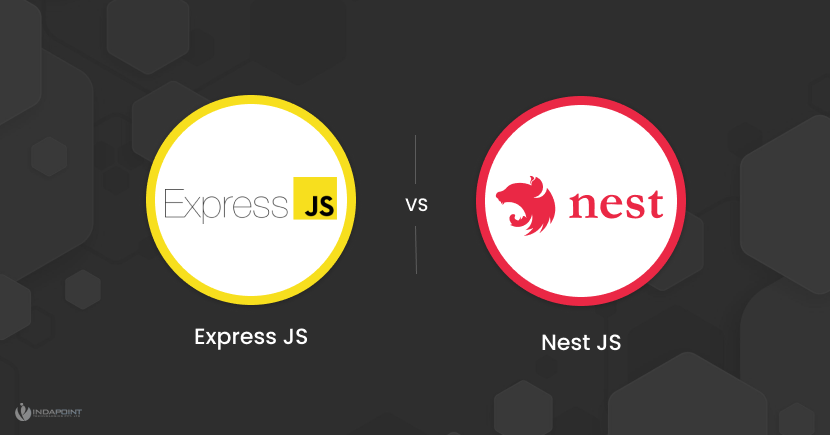 Any web application framework’s primary goal is to fulfill the client’s request while maintaining the project’s quality. The framework should be quick, flexible, dependable, and encouraging.

Additionally, we will compare NestJS with Express utilizing our experience as a seasoned Node JS development business in India. Our article focuses on the features of ExpressJS versus NestJS and their actual comparisons.

We must comprehend the features of ExpressJS and NestJS before moving on to the comparison. Being a reputable NodeJS firm in India, we prioritize the fundamentals because we think it’s essential to develop a foundational understanding.

According to sources, ExpressJS’s popularity has been gradually dwindling. It’s true that Express has gained significant competitors, despite Stack Overflow’s 2022 survey’s most recent findings contradicting this. Product managers often dispute whether to use ExpressJS for their upcoming project or to give instead new (though already established) frameworks as NestJS, Koa, Fastify, and other frameworks become more and more popular.

NestJS is opinionated, whereas ExpressJS is not, which is the main distinction between two frameworks. Express does not have a predefined set of rules to follow, so developers can create multiple options and implement code as needed. Many developers value this flexibility, and smaller flexible teams can benefit from it. However, the lack of structure becomes an issue when team size and program complexity increase.

Conversely, NestJS employs the “convention over configuration” paradigm, which aims to reduce the number of decisions that developers must make and requires them to write the repos, services, and controllers in a particular way.

In addition, NestJS uses components like modules, controllers, and providers to construct the UI and control logic and data following the MVC architecture. ExpressJS doesn’t adhere to MVC, resulting in inefficiency and ineffectiveness due to a lack of structure.

Despite these distinctions, both Express and Nest are ideal frameworks for creating single-page applications, e-commerce websites, finance, and streaming applications. Although Express is more popular than Nest, both are the most popular Node.js frameworks, and Nest’s popularity is increasing more quickly. 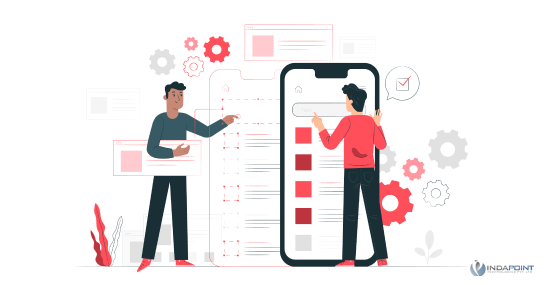 We are also contrasting the two ideas based on unit testing. Nest JS is the ideal option for unit testing. Why? mainly because the Nest CLI includes a built-in default Jest testing environment that generates a “spec file”.

Due to this file’s auto-generated testing bed code, developers are not required to write separate code for unit testing. Developers favor this location because it saves them time, money, and effort.

Developers must create unique codes for executing Unit Testing if we connect Express JS with Unit Testing. The application’s pace may also suffer, and it can take longer. Nest JS is regarded as Opinionated because it contains clear guidelines and practical development concepts. The framework limits the potential breadth of faults that may happen during development because there are established rules.

Express JS, on the other hand, lacks defined methods or rules, making it Opinionated. As a result, developers are flexible and free to work as they choose and integrate scripts based on potential scenarios and assumptions. Nest JS’s architecture consists of Controllers, Providers, and Modules as the foundation for its ready-to-use apps. The system may be created, tested, and maintained easily by developers and testers. Regarding Express JS’s architecture, flexibility cannot be aided by a predetermined framework. Because of this, when we deal with large-scale initiatives, complications and problems can arise in the system. ExpressJS doesn’t stick to the MVC (Model View Controller) design; however, NestJS does. A software design pattern called MVC is essentially used to construct user interfaces and control logic and data. ExpressJS doesn’t stick to MVC; consequently, the application is less effective and less improved because there is no right construction. Being based on an architecture containing elements like modules, controllers, and providers makes NestJS a better option for developers. The application can also be divided into smaller units called “microservices,” which facilitate development and clarify the code. Another benefit of using NestJS is that it supports TypeScript. Static typing is followed by TypeScript, which is trustworthy and has “type” functionality. It is particularly helpful when creating complex, compelling apps. ExpressJS is less effective and incompatible with running on different browsers than NestJS since NestJS is entirely written in TypeScript while ExpressJS is not. TypeScript additionally has decorators as its component. Decorators empower metaprogramming, enabling projects to involve different projects as their information. This ultimately aids in designing programs that can read, analyze, and produce other programs as they are being used. Additionally, you can create a custom decorator and utilize it in several projects. To increase efficiency, NestJS includes a CLI (command-line interface). The CLI permits you to provide orders straightforwardly without making extended programs. The ability to add as many dependencies as necessary for the proper operation of the application is another factor in why developers favor NestJS’s dependency injection capabilities. For many developers, NestJS offers a pre-built structure and supports third-party plugins. These are the reasons NestJS helps you make adaptable applications, thus improving execution and resulting in an effective arrangement.

Having worked in the sector of technology for more than a decade, we think that no technology is useless. Any technology has two opposing sides. Express JS and Nest JS have been compared; however, it does not necessarily mean one is better than the other.

Although their performance can vary depending on specific circumstances or situations. Additionally, based on our experience, we always advise picking the technology based on the project’s needs.

We also think an intelligent developer constantly prioritizes the project’s specifications, client expectations, and timetable. So, after considering these factors, choose the technology you believe to be superior.

Web development frameworks that are well-liked and easy to learn to include ExpressJS and NestJS. We hope the aforementioned distinctions and the accompanying use cases have provided you with enough information to enable you to make a choice.