Useful React Libraries You Should Use in Your Next Project 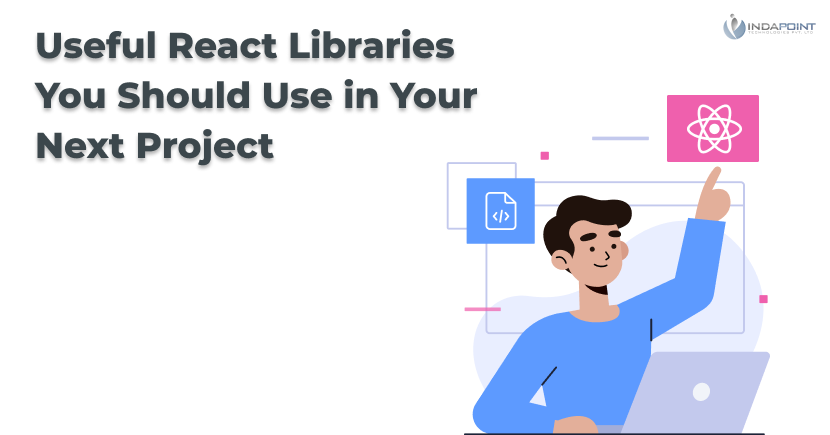 Nearly 10 million websites worldwide have user interfaces (UI) that are powered by React. Despite the strength of React’s base library, there are other component libraries that contain useful design aspects for your React app or web development project.

Let’s look at the top React UI libraries on GitHub to help you determine which one is appropriate for your next project. 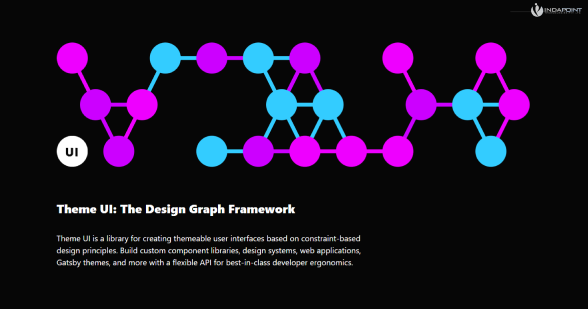 Theme UI, which is used by over 15,000 GitHub projects, is primarily a library for creating React UI themes with more than 30 basic UI components. Theme UI’s fundamental idea is built on the concepts of constraint-based design. Theme UI is composed of 74.9% TypeScript, 24.9% JavaScript, and 0.2% unidentified code. Due to the quick process, relatively simple styling and theming features, and support for variations, it is quite well-liked by its users. Blueprint is a React UI package that is open-source. Because it was “built for developing complex data-dense interfaces for desktop apps,” it stands out from other React frameworks. This is hardly shocking considering Blueprint’s Palantir heritage. In addition to its main component package, Blueprint also splits component libraries depending on use cases and fundamental dependencies. Core components, Datetime components, Select components, Table components, Timezone components, and Icon components are a few of the components.

The Blueprint features light and dark mode themes as well as movable typography, classes, and color palettes. Contrarily, Blueprint has a wealth of documentation. It is, however, devoid of a network of people to lean on. For reporting bugs and getting assistance from contributors, the Blueprint GitHub repository appears to be active.

The construction of the user interface for new, data-intensive desktop and web apps is similar to that of the Blueprint UI React component framework. Overall, it functions as a React-based UI toolkit created for desktop apps. It is effective in producing the intricate Data Dense interface. Building intuitive user interfaces with CSS, jQuery, and HTML is possible with the help of the open-source framework known as Semantic UI. In addition to providing Semantic themes as CSS stylesheets, the Semantic UI serves as an overlay on top of the React components. With the aid of this front-end development framework, web designers may build websites that have total mobile responsiveness and quick, simple HTML. Like Bootstrap-React, Semantic UI is a React-compatible, jQuery-free framework that provides a wide variety of interface design components. 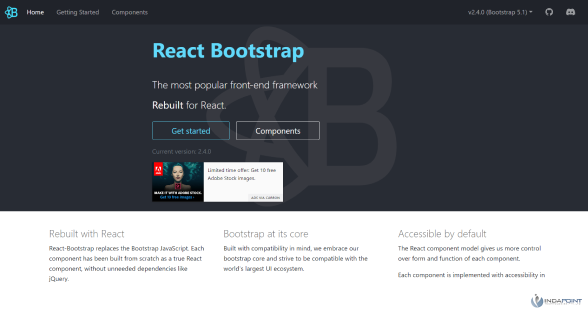 Bootstrap is a well-liked component of HTML, JavaScript, and CSS frameworks. The JS library has been used to refer to the bootstrap. However, React has been completely overhauled as a whole. React-components Bootstraps enables it to function without the need for jQuery or bootstrap.js. Complete compatibility with the conditions of the pre-existing React-Bootstrap themes is available. React-Bootstrap has a huge list of components, each of which has complete control.

By incorporating bootstrap capabilities into the virtual DOM, the changes to React-Bootstrap guarantee that they are providing the best stable solution for development.

It’s advantageous for React developers because you can import specific components, like React-Bootstrap/button, rather than the full library. Additionally, it can aid in reducing the amount of code that needs to be sent to the client. Redux has long been the preferred third-party library for managing state among React developers. However, with the addition of React Context in React version 16, the managing state is made simpler by passing it around our component tree’s members. Vanilla JavaScript extensible solutions for component state, styling and accessibility are offered by Fluent UI. These straightforward APIs based on natural language hide these potent qualities from view.

As an example of the Fluent UI design language, component specifications, and tools, Fluent UI React is being developed. There are numerous useful component libraries that enable us to swiftly decorate our applications with the aid of pre-made components when it comes to creating eye-catching React apps. Although there are many component libraries available, few are as advanced and well-made as one called Ant Design. If you can come up with a type of component to include in your React app’s interface and design, do so. Chakra UI provides simple, modular, and adaptable React components to facilitate application and web development, and it is used by over 20,000 projects on GitHub. 97.5 percent of Chakra UI’s code is TypeScript, 1.9 percent is JavaScript, and 0.6 percent is undefined code. You can install only some of Chakra UI’s components, or you can use it to quickly develop your own design system. Thanks to the usage of style props, customizing the elements and themes is relatively simple.

One term that comes to mind when describing Chakra UI is simplicity. Good documentation will undoubtedly be helpful in that regard. Because of this, it works well for modest to medium-sized development projects that don’t need a lot of parts or sophisticated functionality. 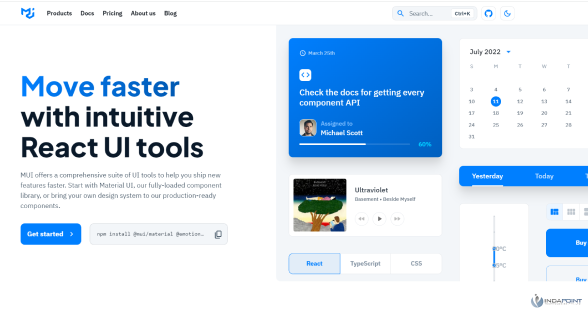 Web development can be done more quickly and easily thanks to one of the most popular React components. You may quickly and easily develop your own design system, or you can start with material design. The main benefit of the component library is that it provides developers with access to a large number of pristine and cost-effective, highly customizable components. Without the need for app developers, you may integrate a variety of intriguing, pre-made components from the React development library into any application.

A variety of tools and APIs are available through the material UI to improve the development of the app. One of the most well-known React UI libraries is Material-UI, which has a thriving React community of 1,000,000+ development experts from over 180 different countries. 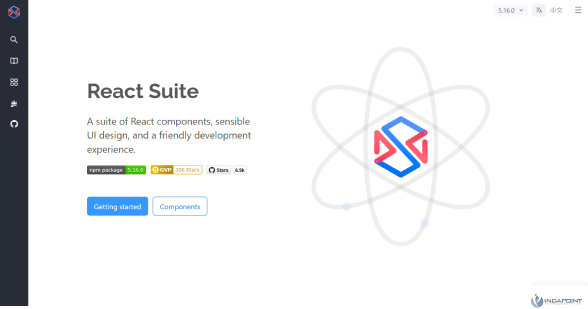 The library contains the essential elements a web developer needs to create the majority of the best web applications. React Suite includes contemporary apps for the color scheme, a selection of clear and simple icons, and customized themes.

The library makes sure that the most latest versions of popular web browsers like Safari, Firefox, and Chrome are supported. The thorough documentation covers all aspects of the library, including its components. Obtaining the library using the straightforward command is rapid. React components for the middle platform and back-end apps are included in the well-known front-end toolset known as React Suite. These are the best react frameworks for this library. The collection includes every common feature a web developer needs to build the majority of the top online applications.

A colour scheme, a variety of plain and uncomplicated icons, and contemporary tools for personalizing themes are all included in React Suite.

The library makes sure that prominent web browsers like Safari, Firefox, and Chrome are supported in their most recent iterations.

Using pre-made React UI components can make creating an application much simpler. You won’t have to start from the beginning and can quickly construct a unique design by tailoring the components to your particular needs.

We advise you to investigate the most well-liked React UI component libraries discussed in this post. Your React app or web development project will get off to a strong start thanks to them.