Node.Js Vs Ruby On Rails: Diving Deeper Into The Popular Backend Frameworks Building a high-performing product requires carefully selecting a tech stack for the backend of a mobile application. Two well-liked mobile backend tools that support the development of dependable and highly available apps are Ruby on Rails and Node.js. With examples of each’s uses, this article will describe their distinctions.

Background and Goals of Ruby on Rails and Node.js

Node.js is a runtime environment, not a language, that enables users to move client-side code to server-side code. Node transforms JavaScript into machine code so that the hardware can quickly process it. The framework is provided by the Chrome V8 Engine. Runtime’s rapid conversion rate can be explained in part by the fact that it is one of the fastest engines on the market.

A framework for building websites is called Ruby on Rails. In order to handle routine, internal logic, data processing, etc., rails were developed. Ruby on Rails is renowned for its quick processing and effective coding. Ruby only needs 5-10 lines to accomplish what would require dozens in Java.

A deeper understanding of Node js and Ruby on Rails:

Node.js is without a doubt superior when it comes to performance speed. The software makes advantage of one of the fastest JavaScript engines available right now, Google’s V8. In addition, Node.js developers can create fast async code supported by non-blocking I/O operations. Because of everything said above, Node.js can perform 20 times faster than Rails.

RoR supports a dynamic AJAX interface, which is similar to asynchronous programming, although coding experiences are much slower. So, overall Ruby on Rails performance is substantially slower than Node.js. 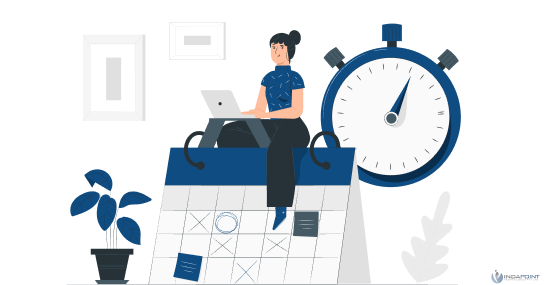 There shouldn’t be any debates over who wins the battle when comparing the amount of time spent coding because Ruby on Rails is a tremendous productivity winner. Due to the user-friendly programming language and convention-over-configuration methodology, Rails programmers are able to execute jobs more quickly and simply than Node.js developers who must search for specific modules and follow instructions to apply them. Therefore, Ruby on Rails will be a better choice if you want your project to be delivered quickly.

When selecting a web development tool, scalability and flexibility are the two most crucial considerations. From the standpoint of both variables, Node.js vastly outperforms Ruby on Rails. The Node.js applications are simple to expand because there are numerous Node.js processes that may be produced by combining Node clusters and workers. Many large businesses have already converted from RoR to Node.js because to the scalability possibilities.

Node.js excels in flexibility by giving developers the freedom to express their creativity and perform all of these tasks right out of the box. On the other hand, Ruby on Rails limits your options, which limits your ability to be creative and make your app stand out from the competition.

If we look at the present job market, Node.js engineers are more in demand than Jedi, whose power is to create excellent Ruby on Rails programmes. Finding a Node.js developer may seem like an easy endeavour given the more than 5,000 job listings that are available on sites like Indeed, but doing so is never straightforward.

Even more difficult conditions exist for developers using Ruby on Rails. Specialists in Rails have half as many job openings as those in Node.js. Again, finding a Rails developer with a respectable resume is not simple.

The technology’s asynchronous and event-driven features may be difficult for beginning developers to grasp. Node.js, on the other hand, makes use of JavaScript, which, in accordance with the Stack Overflow Survey 2021, is the language that is used the most frequently worldwide.

Programmers can use the same programming language to create both the front and back ends of a mobile application with Node.js (for example, with Node.js on the front and React Native on the back). The numerous frameworks, third-party libraries, and instructional materials that are made possible by the extensive npm repository speed up the development of mobile applications.

RoR has been specifically created for rapid application development and prototyping. You can use its Object Relational Mapping (ORM) approach to swiftly design and deploy a fully functional prototype by combining business logic and the data layer.

The Ruby language is incredibly clear and simple to write. With thorough modules, scripts, and a package management system, you can also build a complex application with just a few commands. Additionally, a number of external libraries or Ruby gems facilitate quicker development. With its extensive selection of third-party libraries, Node.js offers complete test automation and debugging capabilities. In the Ruby community, testing and test automation enjoy a lot of popularity. Testing is already built into Ruby on Rails, making it easier for developers to test the code as they build the backend. Ruby can automatically create skeleton test code while creating the coon because it is built on the MVC architecture. Numerous testing frameworks exist for RoR, such as Rspec, Minitest, and Cucumber.

What backend is best for a mobile application then?

The backend of a mobile application is heavily influenced by the short- and long-term business objectives as well as the mobile application’s intended use. However, among the top backend technologies for creating Android and iOS applications are Node.js and RoR.

The ability of the developers who create the backend in a certain language or technology is the key to choosing the best one.

Ruby on Rails vs. Node.js as a Backend Technology

Both Node.js and RoR have advantages and disadvantages. Without CPU-intensive jobs, Node.js might be a superior option for handling multiple requests and long-term scalability requirements. On the other side, the community has given Ruby on Rails a lot of support. Additionally, it makes it simpler to create, build, and distribute apps.

The context of your application and your business objectives will determine which technology is a better fit for your project, as is always the case.

newerReact Native, Flutter, Ionic, Xamarin – A Comparison Between The Top Mobile App Development Frameworks
OlderReasons Why You Should Adopt a Mobile-First Approach