Laravel and Microservices: A Match Made in Heaven? 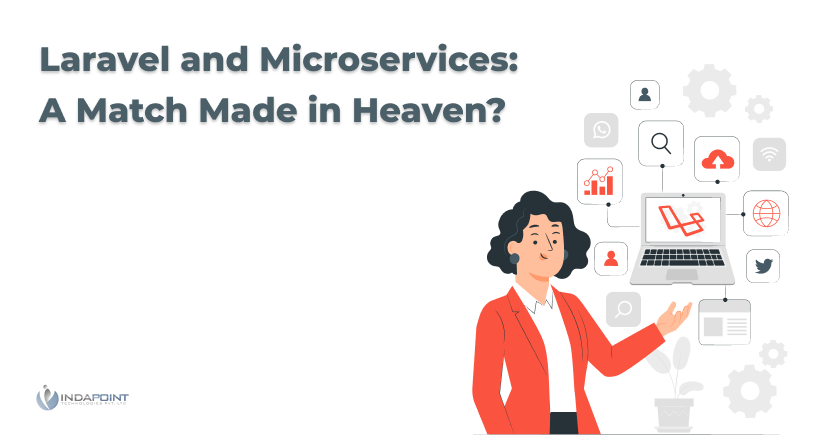 One of the most widely used frameworks for developing custom software is Laravel. Laravel gives Laravel developers the appropriate tools for creating web applications and websites. It is simpler to deploy, easier to maintain, and more stable.

With over 56,000 developers worldwide, Laravel is the most starred PHP framework on GitHub and is brimming with powerful features. An application that has been divided up into smaller, independent services is called a microservice. This enables you to build, deploy, and scale each service separately from the other services that make up your application.

The distinguishing characteristic of microservices is that each one has a single purpose and is not monolithic in nature. However, when combined, these modest one-off services work as a potent team to support your company’s objectives. In actuality, Google has been utilizing microservices for a while.

The benefits of adopting a microservice framework with Laravel

Authentication, templates, logic-free view files, controllers, and routing are all handled by Laravel in a way that makes it perfect for creating microservice architectures. Because of its loose coupling feature, you can use one Laravel application per service or combination of services, making it possible to quickly bootstrap while working on new projects.

Because of its short learning curve, Laravel may function as a Microservice Application with little effort. The benefits of microservice is enormous which offers positive outcomes. Microservices, a type of software architecture, unifies massive Laravel apps in a modular manner based on Small Building Blocks that concentrate on a specific duty and function. Blocks communicate with one another using a set of language-neutral APIs.

Dew Computing is a concept that pertains to the microservices architecture used in Laravel software architecture styles to compute the power of numerous little dews (signify the functional components of microservices).

Gateway has a kind of service repository that is nothing more than a singleton class that contains hostnames and service metadata. which allows it to choose which service to call. Here, we’re calling service and authenticating with Laravel Passport.

Asynchronous queries are made to microservices by the gateway, which is just API calls. We never reject user requests. Gateways can also cache requests to speed response times and change service responses as needed.

The call will then be processed by this microservice, which will then execute it and return data in JSON format. Lumen is used for services since it includes all of Laravel’s features and is quick, simple to scale, and easy to manage. Lumen is also great for creating APIs.

So how can we develop one using Laravel?

Making the decision to use Laravel to develop a microservice project is the first step in the process. Your technical and business demands will determine this choice. Laravel is certainly overkilled if you’re creating a one-off application or if you don’t require numerous dependencies.

However, using Laravel can ultimately save time and money if you intend to create a number of independent applications that share some code.

Here are a few of its advantages for projects with several applications:

No matter how you slice it, creating complicated apps is difficult. However, things can become even more challenging when developers choose to divide their projects into smaller, microservice-based portions.

Laravel substantially simplifies the process of creating these services with a number of utility functions and pre-built packages to save on development time. Let’s look at how Laravel may be used to create our microservices.

The chance for reuse is raised when an app is divided into numerous services, in addition to improved organizational benefits.

For instance, you may design each function independently under its own service layer if one portion of your project requires user authentication features and another section requires access control management, rather than duplicating code between them or utilizing a single large catch-all service.

The future of Microservice architecture with Laravel Architecture

Since microservice architecture offers benefits for building and delivering enterprise systems, it is quickly becoming the preferred design approach for Laravel developers. Many Laravel development firms and programmers use APIs that are comparable to microservices.

For a variety of functionalities, microservices use numerous services via Remote Procedure Calls. Additionally, it enables developers to use Services created using various technologies. All praise goes to the DevOps idea for elevating this idea.