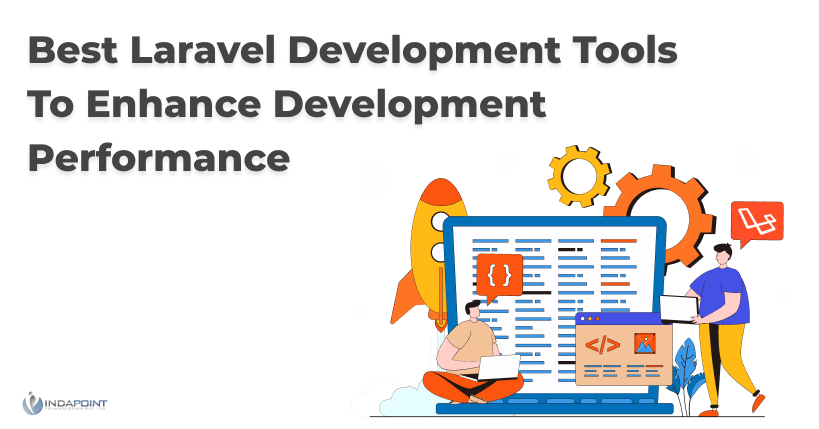 Laravel has earned consistent popularity in constructing distinctive web apps in this rapidly evolving technology field over the last few years. Laravel provides sleek features that cover all elements of everyday use cases, allowing you to enjoy a fully gratifying creative experience. Laravel is without a doubt the best PHP framework for building strong web applications.

The software development sector is booming and increasingly important in almost every industry throughout the world. Choosing an excellent web development framework to construct high-performing applications is difficult with the growing variety of frameworks and programming languages. As a well-known open-source framework, Laravel offers a plethora of good options and capabilities for developing complicated projects more quickly.

Laravel is a free and open-source PHP web framework with a syntax that is both expressive and attractive. Laravel is a framework for creating custom software. It is a compelling model view controller (MVC) architectural pattern PHP framework, an open-source web application development aimed at developers that require a simple and comprehensive toolkit to create full-featured web apps.

It alludes to a powerful Laravel app dashboard. This dashboard’s primary goal is to use eloquent to manage the required database. The nova: resource Artisan command can be used by developers to generate new resources. Nova is one of the most regularly used tools for increasing developer efficiency.

This technology is better-understood thanks to documentation. With the assistance of documentation, you can explore many ideas in depth. Documentation is essential for developers who wish to learn more about Laravel or another technology.

Laravel Mix is a simple, fluent API for defining basic webpack build stages for your apps. Several popular CSS and JavaScript pre-processors are supported by Mix.

Entrust is a secure way to implement role-based permissions in Laravel. The role, Role User, Permissions, and Permission Role are the four new tables. At various levels, the roles are organised into categories.

It refers to a stripped-down version of the full web app framework. Slim and Silex are the other two prominent microframeworks for Laravel web development. Laravel and Lumen share the same foundation. The only distinction is that this one is geared toward microservices.

For debugging the Laravel application, the Laravel Debugbar is highly recommended. The tool is updated regularly to reflect the most recent Laravel releases. The debug information is presented at the bottom of the browser by this tool. It also displays the route, as well as the template, which is rendered using the parameters and gives more information. The developer can use it to add messages.

Tinker allows interactive shells to communicate with Laravel applications via command lines. Tinker gives you access to all events and objects that are available. For all Laravel versions later than 5.4, developers will need to manually install this add-on.

Last but not least, it’s a requirement for each Laravel application development project. A reputable laravel web development firm always employs the best backup methods. This backup is made up of Zip files that contain all of the folders and files. The best part about Laravel backup is that it can be stored on any file system.

Laravel Development in 2022 and the Next Few Years

The Laravel PHP framework has some interesting ways to define routes. It loads all of the routes defined in the PHP file as app/HTTP/routes, which speeds up the process. Laravel’s built-in module allows you to distinguish between influential log handlers. SparPost, Amazon SES, and Mandril are three cloud-based systems that make it simple to deliver emails without wasting time. Routing services that compensate for the evolution of laravel apps make maintenance and deployment appear natural. By utilising numerous outputs on the site, Laravel makes testing easier to simulate user behaviour.

If an authorisation request is rejected, Laravel adds a new method, Gate:: inspect, that allows it easy to provide custom messages during the authorization request process.

Finally, it appears to be self-evident why Laravel is the best web development framework to employ. It accelerates and improves the process of developing engaging websites. Laravel will meet all of your requirements, whether you are a little business or a large corporation. Contact the top Laravel Development business as your remote development partner if you’re not sure where to begin, the process. You can also hire people to supplement your existing workforce.