A PHP framework is a platform that enables a web developer to create a website. To put it another way, it gives you a framework for creating web applications. These frameworks save a lot of time by eliminating the need to rewrite the same code over and over again, as well as allowing for faster application development (RAD). PHP frameworks provide structure to developers, allowing them to quickly construct applications.

On the other hand, the success of a new project is determined by a variety of elements, including the tools that establish the system’s structure.

Here are ten of the top options for your project.

Despite the simplicity and practical applicability of PHP as a programming language, selecting a framework might be difficult. Choosing from industry leaders makes sense in most circumstances. Here’s a list of the most popular PHP frameworks, as well as the popularity of PHP frameworks over the last three years.

Laravel is the most popular PHP framework right now, followed by Symphony. This does not, however, imply that they are appropriate for all projects. To make things clearer, we’ve compiled a list of ten options, each with its own set of qualities and ability to suit a variety of company demands.

So, let’s take a look at the top 10 PHP frameworks that have captivated developers all over the world.

Fabian Potencier released Symfony on October 22, 2005, and it is another famous framework. It’s available under the MIT licence. It is a collection of PHP components that may be used to build web pages and web applications. The Symfony framework is an excellent alternative for developing large-scale enterprise projects.

SensioLabs is the sponsor of Symfony, a PHP open-source framework. This framework is intended for programmers who want to create a fully functional web application. Symfony components are used by several open-source projects, including Drupal, Composer, and phpBB. Symfony works with the PHP Unit and is a stand-alone library. Symfony is a versatile framework that can manage large apps with billions of connections. Microsites are created with it.

Laravel is a web application framework that was first released in June 2011. Taylor Otwell is the creator. Laravel is a popular framework for developing sophisticated web applications since it is more secure and faster than other frameworks. Many basic web project chores, including authentication, session, routing, and caching, are made much easier with Laravel.

Laravel’s major purpose is to make web development simple and effective for developers without compromising application functionality. It comes with a set of sophisticated tools that are required for large and stable applications. An inversion of control container, tightly integrated unit testing support, and expression migration system provides the tools that help to build any application with which we are tasked.

CakePHP is a PHP web development framework that was first released in April 2005 under the MIT License. It is built on the MVC (Model View Controller) architecture and uses ORM (Object Relational Mapping) techniques. CakePHP 3 is built on the PHP 7.3 platform. It performs admirably in terms of speed, security, and dependability. CakePHP is an open-source framework, which means you can use it for free.

SQL injection prevention, Cross-Site Request Forgery (CSRF) protection, Form tampering Validation, decent documentation, and cross-scripting platform (XSS) prevention are just a few of CakePHP’s capabilities. It has a set of conventions that guide the application development process. It is one of the easiest frameworks to learn because of the CRUD (Create, Read, Update, and Delete) structure. It is responsible for the websites of BMW, Express, and Hyundai.

Zend is a web application framework that was released as open-source on March 3, 2006. It’s a GitHub repository with over 60 packages that can be installed using composer. Zend is an object-oriented programming language based on the MVC design paradigm. Zend was created using an agile methodology to ensure that a high-quality application is delivered to the enterprise client. Phalcon is a C-extension that implements a full-stack web framework. It was launched on November 14, 2012, with the BSD License as its licence. Andres Gutierrez and his team of collaborators created the Phalcon framework. Phalcon is a language that combines C with PHP, although developers do not need to know C to utilise it.

It’s a free and open-source framework that follows the MVC (Model View Controller) design paradigm. Both relational and non-relational databases are supported equally by Phalcon. It is the first framework to use the ORM approach in the C programming language. Phalcon is a framework that is loosely linked. 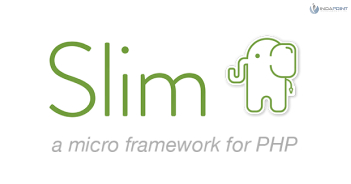 Slim is a PHP micro-framework that enables developers to quickly create minimal yet powerful web applications and APIs. Josh Lockhart, Rob Allen, Andrew Smith, and their crew are in charge of its development and upkeep. Sinatra, a Ruby micro framework, was the inspiration for Slim’s creator. It’s a simple framework to use.

Slim, a micro framework, is better than a full-stack framework for building CRUD applications with PHP on a tiny scale. Slim is an ideal tool for prototyping in a short amount of time. With the user interface, we can make fully functional online applications. Slim is a dispatcher, which means it gets HTTP requests, calls a callback routine, and then returns an HTTP response. 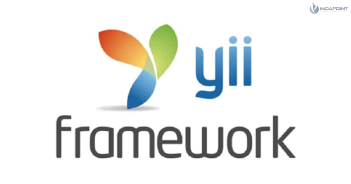 Yii is a PHP open-source framework for rapidly constructing web applications with good speed. Yii has pronounced Yee or [ji:] in Chinese and signifies “Simple and Evolutionary.” It also means “Yes, it is!” Yii is a universal web programming framework in the sense that it may be used to create any type of web application. Model-View-Controller is at the heart of it.

Yii is a PHP framework based on components. Because of its component-based architecture and sophisticated caching support, it is excellent for large-scale application development such as forums, E-commerce projects, Content management systems (CMS), and portals, among other things. Yii is an object-oriented framework that is safe, fast, and efficient. 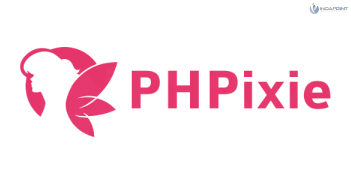 In 2012, PHPixie was released as an open-source PHP framework. It’s simple to use and doesn’t necessitate a lot of setups. The main purpose of this framework is to provide a fast read-only website framework. The HMVC (Hierarchical Model-View-Controller) design pattern is implemented, just like the FuelPHP framework.

PHPixie is made up of separate components that can be used in conjunction with the framework. These components have been unit tested to the nth degree and have a low level of dependability. It’s a little framework that works with MongoDB. Input validation, ORM caching, authentication, and authorisation are just a few of the features that PHPixie has to offer. 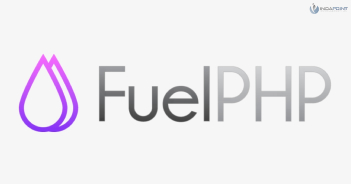 FuelPHP is a powerful PHP framework that is free and open-source. Dan Horrigan began developing the FuelPHP framework in late 2010, and soon after, Phil Sturgeon, Harro Verton, Jelmer Schreuder, and Frank de Jonge joined the project. In 2013, Steve West joined the team, followed by Mark Sagi-Kazar in 2014. 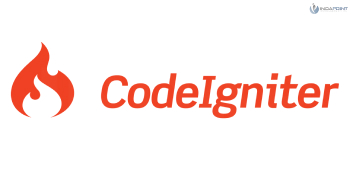 This is based on PHP, it is not a PHP replacement. When you learn CodeIgniter, you don’t have to abandon PHP. PHP is a scripting language used to create dynamic web-based applications on the server-side.

CodeIgniter includes libraries, a logical framework for accessing these libraries, plug-ins, helpers, and other tools that make it easier to solve difficult PHP functions while retaining excellent speed. It reduces the time it takes to create a fully interactive, dynamic website by simplifying the PHP code. It works with PHP 5.2.6 and MySQL 4.1. It strengthens your website and makes your code more readable and maintainable. It’s a no-cost toolset that’s also lightweight and simple to set up.

To summarise, all of the PHP development frameworks on our list are useful, thus advocating one, in particular, is pointless. It all relies on the characteristics of your project, its scope, performance needs, and the level of experience of the developers.

We are able and eager to put together a dedicated team of highly skilled specialists for your project. They’ll bring all of their knowledge of PHP frameworks and modern web development best practices to the table. Contact us right now to discuss the specifics of your concept.

newerLaravel 9.0 Released: All You Need To Know About Laravel 9
Older10 Best Progressive Web Apps That Demand Attention in 2022