Continuous Integration is becoming a de-facto standard in today’s software industry. Many organizations have used CI/CD successfully to continuously integrate code from various developers and deploy it on dev/integration/production environments.

Continuous Integration is becoming a de-facto standard in today’s software industry. Many organizations have used CI/CD successfully to continuously integrate code from various developers and deploy it on dev/integration/production environments. There are several benefits to this approach, like,

PHP applications are a bit different when it comes to CI/CD as it does not need a compilation of code before deployment. Last month, we got a challenge from one of our customers to implement Continuous Integration  (CI) and Continuous Deployment process for one of their legacy PHP Symfony projects. We had the following challenges in front of us to solve

We started our brainstorming with a couple of options we had in our mind and based on our experience and request from a client, we first tried with Bitbucket as a version control tool, BuildKite as a build tool and AWS S3 to store .zip bundle created by BuildKite.

However, to increase efficiency and keep all tools under the same umbrella, we went to our best friend AWS and we could successfully achieve our desired goals.

We used a few AWS services to achieve this

We will not go into details of how to set up a repository in CodeCommit. This should be fairly simple. CodePipeline also supports other Git-based services like GitHub and BitBucket. So you can use any of these version control tools.

Our CodePipeline has 3 stages – Source, Build and Deploy.

Now we will look into details of how to set up the CodeBuild project and Beanstalk environment.

This is the file we need to create at the root of our project folder. We will write build commands in this file.
Below is our buildspec.yml file.

Once the build stage is completed successfully, a .zip file of the source will be generated and copied to an S3 bucket.

Elastic Beanstalk will take the .zip file from S3 and deploy it on an EC2 server. We will also run a few commands which are necessary to run a Symfony application. However, we try to keep it to the minimum to reduce deployment time.

We created the Beanstalk environment by following this AWS guide.

Mapping the Beanstalk environment with a domain

We hope you enjoyed reading this blog and it will be helpful for your CI/CD project. If you want to automate your development and deployment process, please contact us. 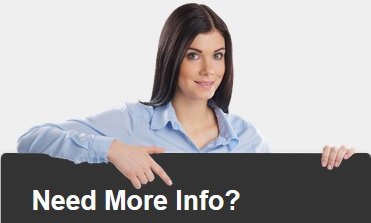 Complete your details below.